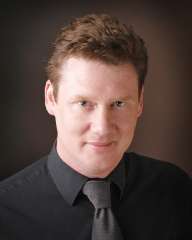 Jon hails from London, England and graduated with a first class honors degree from the University of Central Lancashire School of Journalism in the UK. Jon worked in the broadcast media as a broadcaster and producer for a wide variety of organizations including the BBC and the Australian Broadcasting Corporation before moving to the United States. Jon set up in real estate with his wife Deborah at Keller Williams Realty in 2004 and they later joined forces to become part of the Tru Brit Realty Group of Saxby, Meek & Coward, one of the agencies foremost teams.